BEIJING, May 19, 2022 /PRNewswire/ — On May. 19, iQIYI, an innovative market-leading online entertainment service in China, announced that Wind Blows from Longxi, the second installment of iQIYI’s Chinese Historic City Universe (iCHCU), premiered exclusively online on iQIYI on Apr. 27 and released its season finale for subscribers on May 7. Like Luoyang, the first installment of iCHCU, Wind Blows from Longxi achieved worldwide popularity with its high-quality production and offered the audience an opportunity to appreciate traditional Chinese culture.


A Poster of “Wind Blows from Longxi”

Set in the Longxi region during China’s Three Kingdoms period, Wind Blows from Longxi tells a war story amongst spies, which has attracted China-based and overseas audiences alike. The iQIYI content popularity index of the series reached 7,366 following its release. During its air, the series also topped both iQIYI’s drama hit list and the overall hit list from Enlightent, a pan-entertainment big data service provider. In China, the popularity of the series is accompanied by a sharp spike in sales for the original novel the series was based on, as well as many other books about the Three Kingdoms period, such as the classic The Romance of the Three Kingdoms.

Besides achieving critical acclaim, the series also garnered commercial success as it expertly weaves in quality advertisements throughout the episodes. The series provides different advertising opportunities, including in the pre-episode highlights and within the episodes, all of which hugely popular and highly sought after amongst clients.

YANG Bei, vice president of iQIYI and executive producer of Wind Blows from Longxi, said: “This series not only sheds light on the lives of ordinary people, but also offers a visual feast based on the Three Kingdoms era. The series aims to provide an immersive experience and a unique opportunity for the audience to experience the profound cultural heritage of China.” 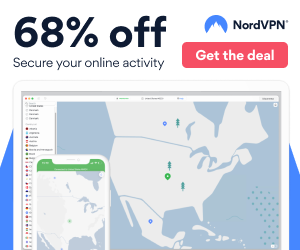